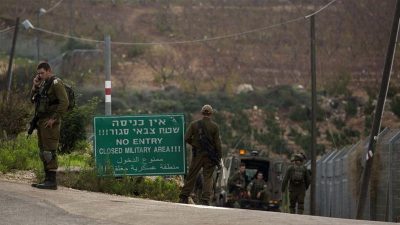 Tensions on the Israel-Lebanon border flared up in recent days due to a confusing July 27 incident near the Sheba’a Farms, a Syrian area occupied by Israel since the 1967 war but is also claimed by Lebanon. Tensions erupted when Israeli jets bombarded a target in the Syrian capital of Damascus, killing one Hezbollah fighter. The leader of the Shi’ite organization, Hassan Nasrallah, has consistently said that Hezbollah will always respond if its fighters are killed by Israel. Thus far, Hezbollah has always kept its promise.

For this reason, during the past week, the Israeli Army has reinforced its presence on the border with Lebanon and has threatened to respond to any attacks by Hezbollah. Israeli leaders, including Prime Minister Benjamin Netanyahu, have consistently warned on a daily basis that their army will act forcefully in the face of any “provocations.”

But Hezbollah cannot sit idly by and let Israel kill its fighters in Lebanon or Syria since it would establish a precedence that Israel can act in impunity as does against Syrian and Iranian forces. The Israeli military attacks Syrian and Iranian targets with impudence and when it pleases. Syria and Iran never respond to Israeli attacks despite the constant warnings it gives. This encourages Israel to continue attacks knowing there will be no response. Nasrallah knows that if he does not respond, Israel will do the same as it does with Syria or Iran, and therefore, from Hezbollah’s perspective, Tel Aviv must be deterred from deciding to make continued attacks against them. The only way Hezbollah can do this is by attacking Israeli targets so that Israel knows that each of its attacks will have a response.

The July 27 incident was confusing. The first news that broke came from Israeli media with supposed leaks from the military. According to the initial version of events that came out shortly after 3pm, a cell of four Hezbollah fighters penetrated into the disputed Sheba’a Farms, fired on an Israeli military target, and the Israeli artillery responded, killing the four fighters. Throughout the afternoon, Israeli media gave four different version of events. In the end it turned out that there had been no deaths and the whole incident was untrue. The following day, the Yediot Ahronot newspaper spoke of a war of nerves between Israel and Hezbollah, implying that Israel had lost that war.

Although Hezbollah did not make any official statement about the alleged armed confrontation, the Al-Mayadeen television channel, a network close to the Shi’ite organization, assured that the incident had not occurred and that there had been no armed confrontation as Israeli media had claimed.

In any case, on July 28 the Israeli Army announced that it had dispatched more reinforcements to the border with Lebanon, and Israeli leaders, including Netanyahu, did not stop its threats against Hezbollah, constantly referring in detail to the alleged confrontation on July 27. Since then, tensions on the border has been extreme and nobody knows when Hezbollah will act to respond to the death of its militiaman in Damascus.

Despite the Israeli escalation, a Hezbollah leader assured that his organization does not foresee a military conflict in the coming months.

Deputy Secretary-General of Hezbollah, Naim Kasim, said “The conditions do not imply a war with Israel… Hezbollah and the Axis of Resistance in general for today are in defense, so I doubt that there will be a war in the coming months.” He added that to date no decision has been made on retaliatory measures. However, this is something that may escape the control of Hezbollah and even Israel depending on how events unfold in the coming days.

Lebanese and Israeli media indicated that Netanyahu sent a statement to Hezbollah saying he has no interest in a war with Hezbollah. However, the tension over the past week can be broken at any time. Israel knows that Hezbollah has built up a reputation of always seeking revenge attacks. The most famous instance was when a Hezbollah missile hit an Israeli ship during the 2006 Lebanon War, in what the Shi’ite group said was a revenge attack. Although Hezbollah believes a conflict will not break out, there are only two realistic outcomes – either Hezbollah does not seek revenge for the fighter killed in Damascus and tarnish its reputation, or Hezbollah retaliates knowing that Israel has already promised to respond.

This article was originally published on InfoBrics.

Featured image is from InfoBrics